Link to this page

The Panther, Icebound
Order a Hand-Painted Reproduction of this Painting 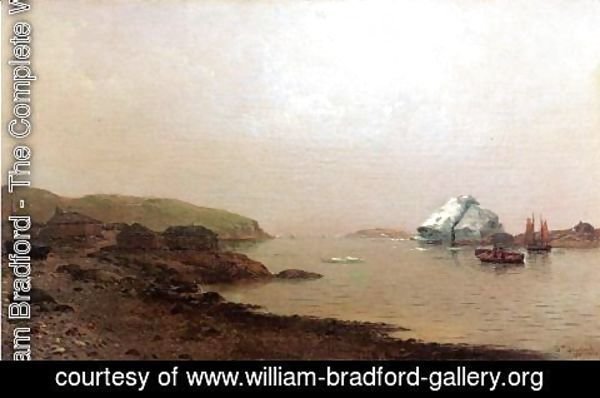 William Bradford, a marine painter of the nineteenth century, was celebrated on both sides of the Atlantic for his arctic scenes. In several trips to Labrador, including exploratory polar expeditions, Bradford photographed and made original studies of this frozen world.

He saw remarkable colors in icebergs-blue, green, purple and gray, shot through with saffron. He painted sailing vessels fishing in the icy waters. He is also known for his remarkably accurate representations of coastal scenes in New England, Nova Scotia, Labrador and later in his life, California where he settled. 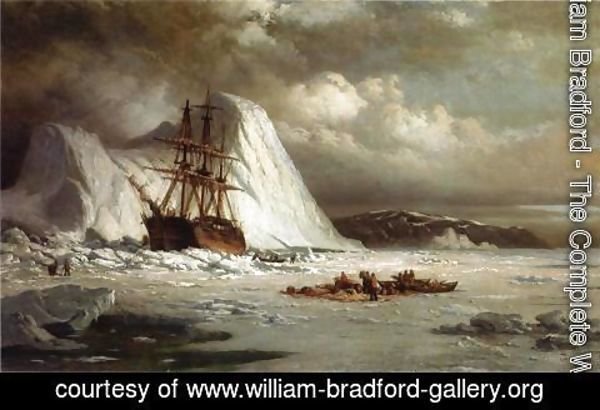 On at least one occasion, Bradford was stranded for two weeks on an ice locked ship, surrounded by a field of frozen water for 500 miles in all directions. Wearing a sealskin coat, he spent the time drawing and photographing icebergs.

Born a Quaker in Fairhaven, Massachusetts in 1823, Bradford liked art from an early age, but was educated more practically in business. Eight years after his start in commerce, he was bankrupt-a fortunate circumstance for the young artist-to-be, because he permanently turned his backs on business and took up painting as a career. Since he lived in a seaport town, ships were available subjects. Bradford painted many of them, selling the portraits for a good income.

Bradford was primarily self taught, but he also trained with Albert Van Beest; they shared a studio and collaborated on some paintings. Van Beest, however, had a more passionate style than Bradford, who could spend days painting a single group of rocks, making sure that they were faithfully drawn and colored. After two years, the duo separated. 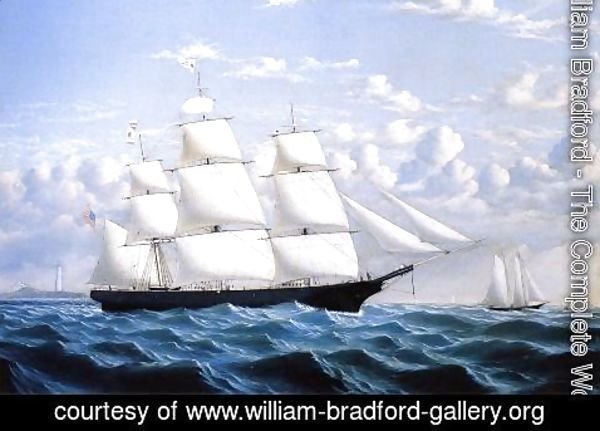 Bradford extended his studies of ships to views of shore and sea, visiting picturesque regions along the North Atlantic coastline.

So accurate are his representations that anyone familiar with it can immediately identify the scene of a Bradford painting. (From Fineoldart.com)

Report an error on this page